King Yao‘s Feast: a Pure Luxury You Can Enjoy in Langshan Mountain

Langshan Mountain in Xinning county, located in the southern border of western Hunan province, is a gathering place for many ethnic groups, in which the Yao nationality has distinctive customs such as diet, living, funeral and other customs. It is reported that October 16 of each year is the traditional “King Pan Festival” of the Yao nationality in Xinning county. On that day, guests to the Yao village will receive the most enthusiastic hospitality and enjoy the most noble King Yao banquet. The “King Yao Feast” in Langshan mountain developed accordingly.

The specific process of the “King Yao Feast” is divided into five parts: first, open the mountain gate to welcome the guests, and the “King Yao” sits down in person, beating the drums and setting off firecrackers to welcome the guests; second, stop the guests at the door and ask them to drink. The girls sing Yao songs while toasting and sending blessings to the guests; the third is King Yao’s banquet. In addition to camellia oil, there are six main dishes, four side dishes, two snacks, total twelve hearty delicacies to entertain guests; the fourth is the drinking song, after the banquet, Yao girls carry special rice wine, sing drinking songs and toast table by table; The fifth is rock dance. During dinner time, the Yao girls dance around the guests, and the guests can participate in the interaction. The whole “King Yao Feast” has strong national color, warm atmosphere and strong interaction.

The unique wedding ceremony of Yao nationality in Langshan mountain

“Love in Langshan, Romantic Yao Township”, in the Langshan Scenic Area, tourists can play the roles of “groom” and “bride” to experience the traditional ethnic wedding customs of Yao nationality.

The Yao compatriots in Langshan have lived in the depth of mountains for generations and gradually formed their unique marriage culture. The Yao people’s love and marriage are generally relatively free. The traditional Yao’s marriage customs generally include matchmaking, engagement, date selection, receiving relatives, sending off relatives, groom and bride’s ceremonial obeisances, bridal chamber, and the bride’s visiting her parents with her husband for the first time after wedding.

The performance truly restores the core of the Yao family’s marriage customs. The “groom” dressed in Yao makeup rides a tall horse and leads the family-receiving team to the bride’s home. Through the folk song duet, he breaks into the girl’s boudoir and , snatches the bride. The crying bride dressed in red makekup bids farewell to her parents and is helped into the sedan chair. The team gets home, the bride gets off the sedan chair. Then the bride has to cross the brazier, step on the tiles. After three times worship the bride and groom finally get married.

The wonderful folk cultural performance attracts warm applause and cheers from the onlookers from time to time and offers the tourists unforgettable experience.

Langshan culture: “The mountain and the village” published 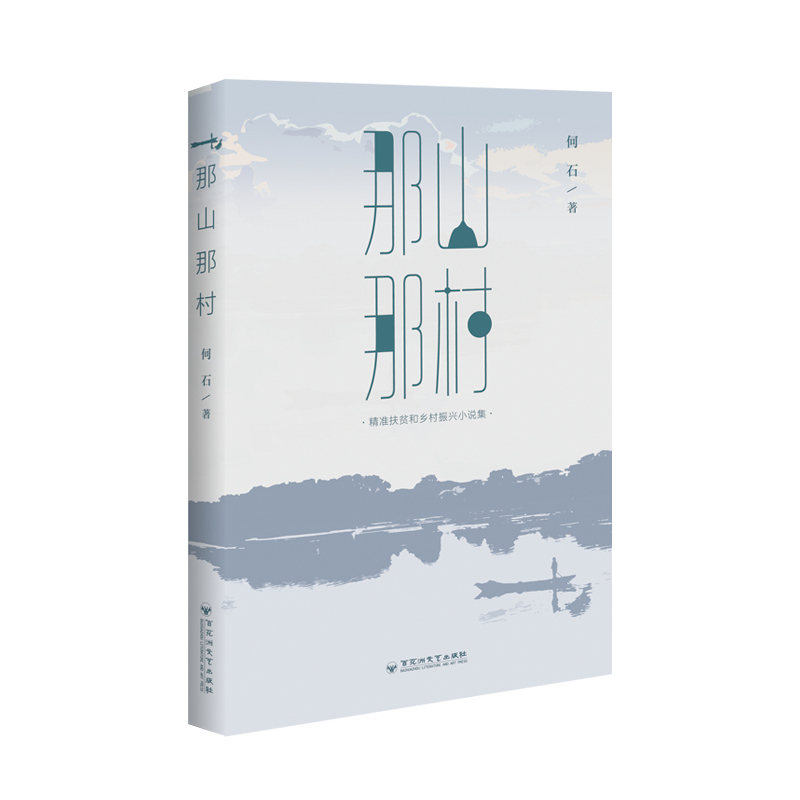 Tie Ning advocated in the article “writing the history of entrepreneurship in the new era”: in the great process of building a moderately prosperous society in an all-round way and fighting against poverty, Chinese writers are present, participants, and writers full of passion. Adhering to the fine tradition of Chinese literature passed down from generation to generation in modern times, Chinese writers go deep into life, take root in the people, and work together with the people to write the outstanding works of praising the great historical achievements and uniting the people’s strength, which has left a blazing and dignified record for the people’s struggle and national progress.

Mr. He Shi is such a person, a participant, and also a writer rooted in the front line.

These works, like the author’s previous documentary literature, not only show his broad feelings of being based on reality and loving his hometown, but also closely follow the theme of poverty alleviation and rural revitalization. At the same time, these works endow retired soldiers with the gorgeous demeanor of unswerving, sticking to their original intention, taking the initiative and showing their talents in the changing times of vast rural areas. Their enthusiasm, diligence, keenness and the innovative pursuit of pioneering and enterprising are fully revealed.